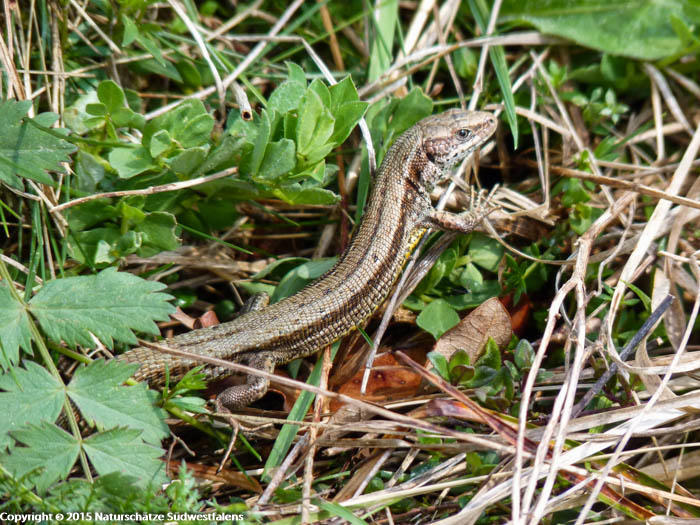 The Sand Lizard and the Common Lizard belong to the class of reptiles and to the family of the true lizards.

The Sand Lizard is a medium-sized, compact lizard with a body length of up to 24 cm. Its upperside is coloured yellowish-brown or greyish brown to brown and has a pattern of dark patches. A thin, pale dorsal stripe extends from the head to the tail and is interrupted in places. During the mating season in late March, the head and flanks of the male turn bright green. After mating, the female digs holes in loose sand and lays 10 to 15 eggs in them. The young hatch in August. The Sand Lizard occurs in open habitats with unvegetated areas and grassy patches. In NRW, the species is classified as "critically endangered". In South Westphalia it is more likely to be found in the lowlands.

The Common Lizard or Viviparous Lizard is our smallest native lizard. It can be up to 18 cm in size and has a rather small, flat head. Its upperside ranges in colour from light to dark brown. There is a dark line down the centre of the back, which is partially broken up into individual spots. The throat is whitish to bluish, the belly yellowish, turning orange to reddish in males during the mating season.

The scientific species name "vivipara", as well as the alternative English name, indicate the mode of reproduction. The Common Lizard gives birth to 2 to 12 live young rather than laying eggs as most other lizards do. This is an adaptation to a life in colder environments, as it lives farther north than any other reptile species.

In contrast to the Sand Lizard, the Common Lizard occurs in densely-vegetated habitats. It is to be found in moorland, heaths, quarries and forests. The once almost ubiquitous, undemanding species is increasingly to be found on the Red List. In NRW, the species is on the early warning list. This is a sign of the progressive loss of unutilized landscape elements, such as hedgerows or wasteland. 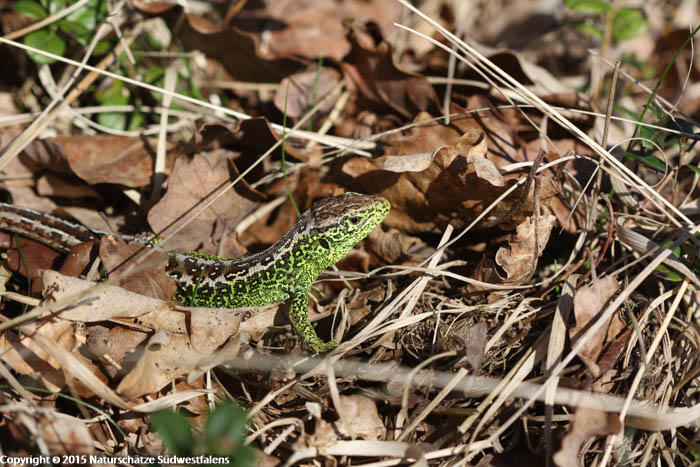 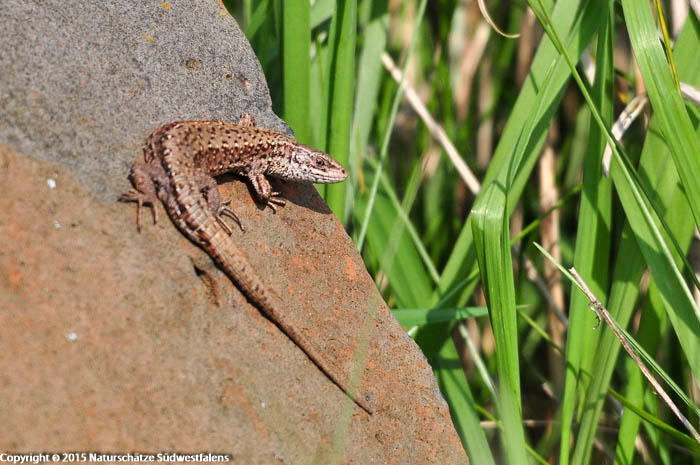