A life under the water 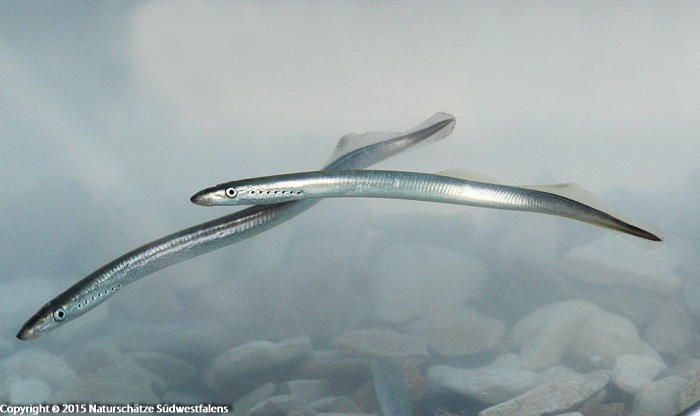 Some species of fish occur almost exclusively in fast-flowing, oxygen-rich streams, such as those typical in the low mountain ranges. These include Brown Trout, Brook Lamprey and Bullhead, but also Chub, Dace, Grayling and Minnow. They all place high demands on the water quality and the structural diversity of the stream. The water must be cool, clean and rich in oxygen, while the bed of the stream must have both shallow water zones and deep potholes. Gravel banks with an intact interstitial system are extremely important because the fish lay their eggs there. Brown Trout and Grayling literally bury their eggs in the gravel. Dead wood and the root systems of alders and willows provide cover for the fish at the banks.

If the gravel banks and their intersticial system is clogged with fine sediments, the development of fish eggs is endangered. Not even the small creatures of the river bed, known as macrobenthos, can live in clogged-up gravel banks. And since they are the food basis of many fish species, a lack of these creatures is disastrous for the stream ecosystem.

Fine sediment is, for instance, carried into the stream from arable land in rainwater, or caused by grazing animals trampling the bed of the stream and swirling the mud up.

In the past, many watercourses were corseted in reinforced banks and straightened to facilitate drainage of adjacent areas or as a flood protection measure. In effect, they were converted into mere outfall channels that had the function of rapidly removing water from the countryside. Transverse structures such as weirs prevented water creatures from making their vital migrations along the stream. Dense Spruce plantations on the banks caused strong shading and additional acidification of the water. And of course, water pollution by us humans was a significant negative factor.

Meanwhile, watercourses and their floodplains have been restored or "renatured" in many places, with the result that the situation for fish and other water organisms has been significantly improved. 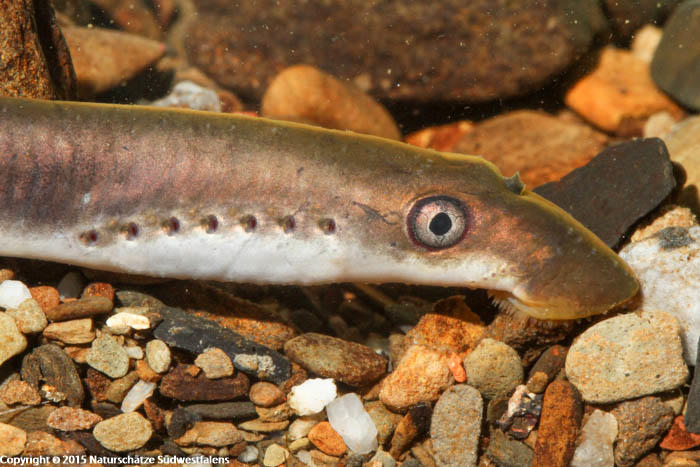 Not a true fish 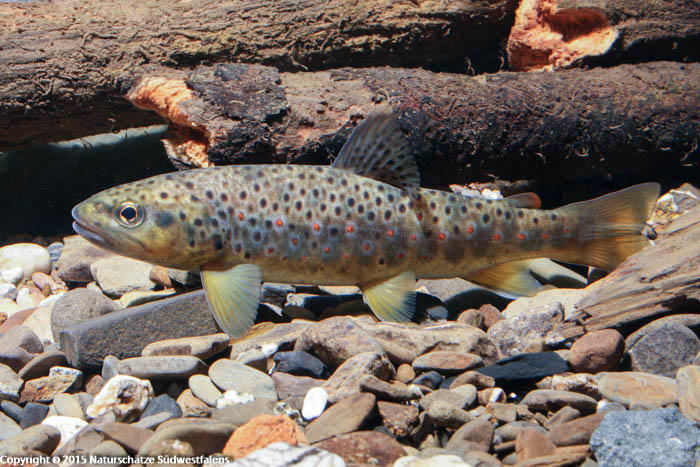 Predator in the stream 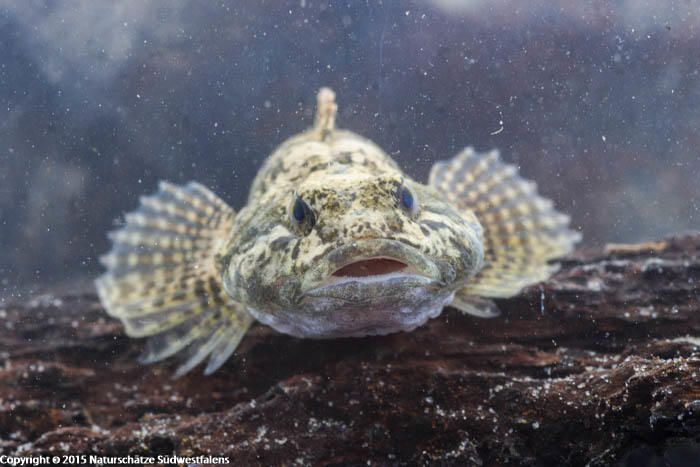