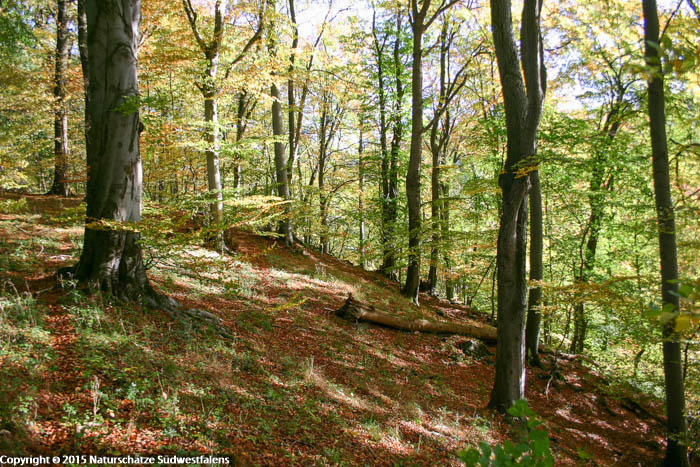 Large areas of South Westphalia are by nature forest land

After the last Ice Age, the climate became warmer and more humid, so that trees were able to gradually return. At various locations quite different forest communities established themselves. On different types of soil, the Oak formed mixed deciduous forests with Elm, with Lime, Ash and Maple, with Birch and Pine and also with Alder. The Beech only returned to Central Europe after about 3000 B.C. Due to its competitive strength, the Beech subsequently became the dominant tree species in many areas of Central Europe and pushed the Oak forests into areas that were not suitable for Beeches.

But even before human beings settled down there were already forest-free landscapes such as moors, wide floodplains with sand and gravel banks and treeless valleys created by beavers. Many large herbivores such as Elk, Red Deer, Bison and Aurochs created a semi-open landscape in their habitats.

While forests were virtually devastated in the 18th and 19th centuries due to firewood harvesting, forest pastures and ore mining, large areas were reforested in the 19th century. Because the main motivation was production of timber, the fast-growing Spruce now came to dominate the forests. Even today, large spruce forests cover the Süderbergland region. However, it has meanwhile been recognized that such monocultures are particularly vulnerable to pest attacks and storms.

South Westphalia is located in the centre of the Beech forests that occur only in Central Europe. On the acidic, nutrient-poor soils of the Rothaargebirge mountain ridge, a species-poor Woodrush-Beech forest prevails. This is the most widespread deciduous forest type in South Westphalia. On calcareous subsoil we find the Beech forest on limestone, a forest type with a particularly species-rich ground vegetation. On dry sites, Sessile Oak forests grow. Due to the more open crowns of Oak trees, this type of forest is more flooded with light. Riparian forests accompany the rivers and streams. Moorland and swamp forests dominate in locations with constantly high groundwater level.

On inaccessible, steep slopes with little soil cover, ravine forests have established themselves. In places that are hardly ever exposed to the sun, a relatively cool and humid microclimate prevails.

Coppice forests have become rare. They bear witness to an historical form of forest use in which wood was harvested by regularly cutting trees back to the stump every 15-30 years. This created an especially structurally-diverse and species-rich type of forest, which is particularly interesting for nature today. 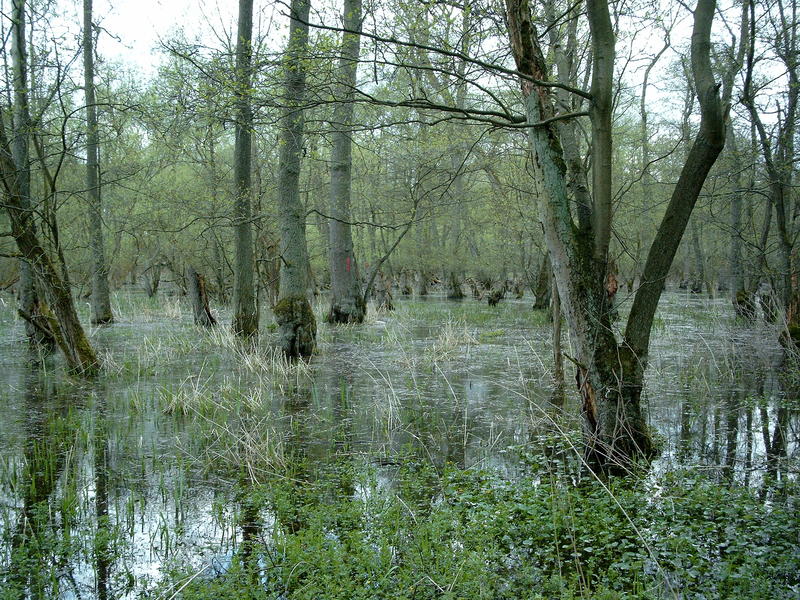 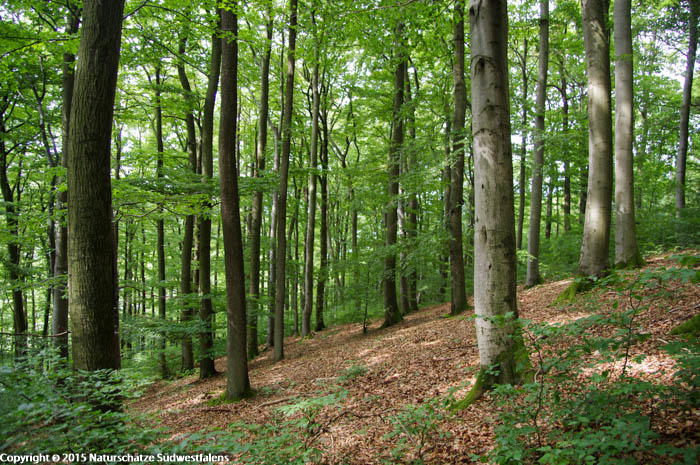 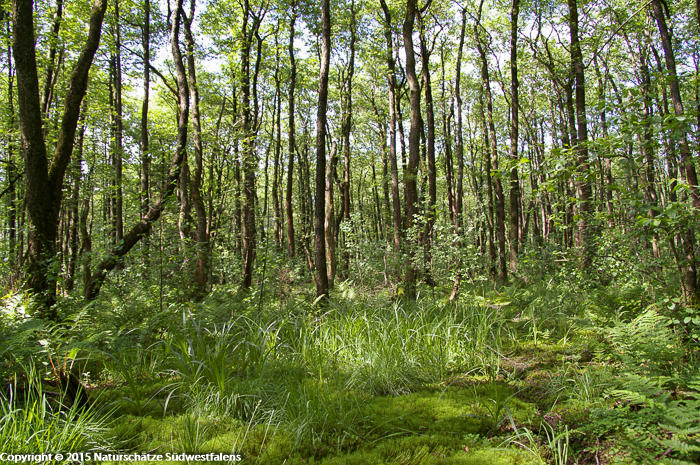 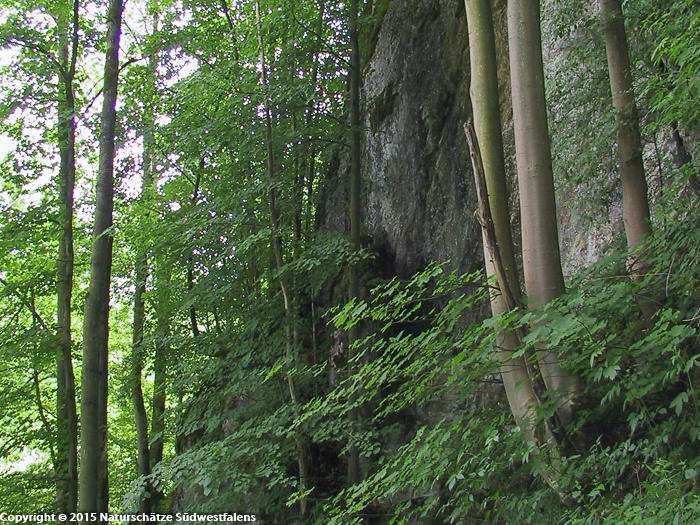 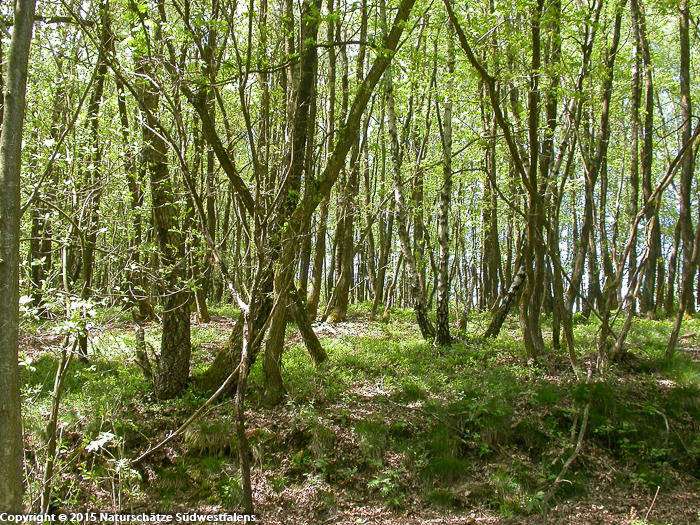 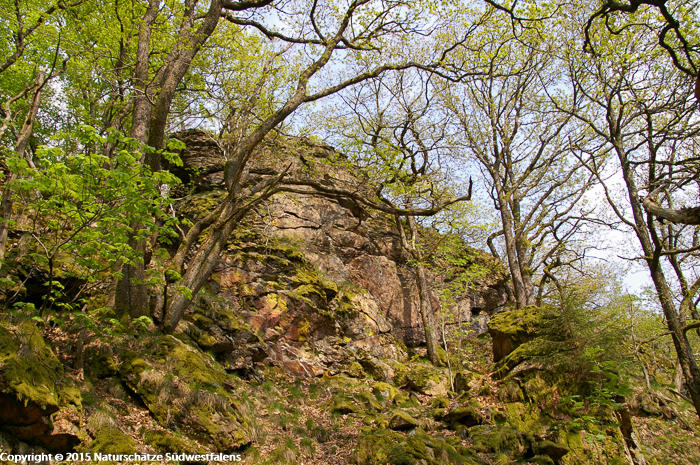