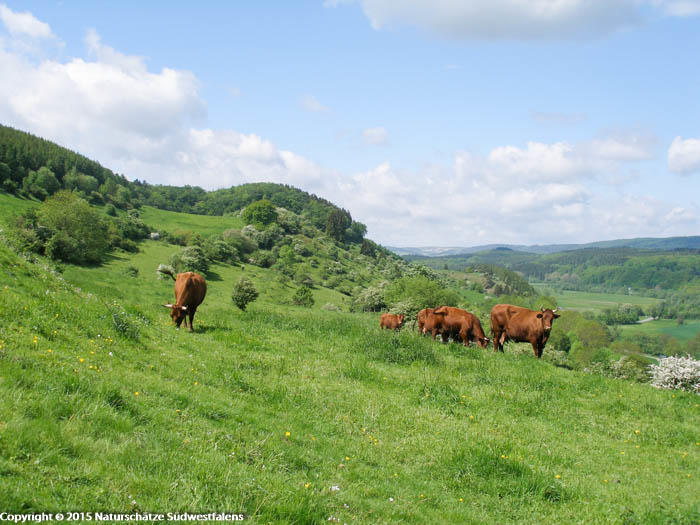 When hunter-gatherers changed to a sedentary way of life during the Stone Age, they henceforth had to live by cultivation of the land and cattle breeding. The cattle were initially driven to pasture in the forest, and dried branches with leaves served as winter fodder. After invention of the required mowing implement – the scythe, meadow hay replaced tree foliage as the winter fodder for domestic animals. This was the birth of hay meadows. In our latitudes, expansive grassland was thus created by human activity. If grassland mowing or grazing were to be discontinued, a forest would again develop in the long term.

In the low mountains of South Westphalia, grassland is mainly to be found in the valleys. In the lowlands of the District of Soest, grasslands are now almost entirely restricted to the Lippe floodplain and the nature reserves.

Grassland is an important habitat for numerous animal bird, and plant species that have adapted over the centuries to the cultivation use by humans. Species-rich meadows with numerous flowering plants are habitat for a diverse insect world. Birds such as Meadow Pipit, Whinchat and Red-backed Shrike still find enough food in extensively used grassland.

If an area is used as a meadow, i.e. mown, all the plants simultaneously lose their above-ground organs, the parts that are necessary for their material and energy balance. On the other hand, mowing gives those plants that can regenerate particularly well and quickly an advantage over the competing plants.

As from the middle of the 20th century mowing was increasingly done by machine. This allowed larger areas to be cut in a shorter time. Large-scale land consolidation, fertilizers and manure brought higher yields and allowed more hay harvests per season. In most regions, the former species-rich and flower-covered hayfields that were mown a maximum of twice per season have been superseded by species-poor, repeatedly-cut meadows.

Grazing animals are choosy. They only browse certain plants and often only a part of the plant. Also the trampling of cattle frequently exposes areas of bare earth where seeds can germinate. Pastures therefore consist of a mosaic of short-grazed areas, open patches of soil, and tall plants left standing by the animals. On pastures that are not mown after the grazing, bushes are able to grow.

The vegetation of mown grassland and pastures have developed differently over time, especially where there is a strict separation of meadows and pastures. But the increasing agricultural intensification has had a negative impact on these habitats, too.

The location is decisive

One decisive factor for the form of grassland is the farming method, but another is the location. The interaction of water availability, nutrient supply and climatic conditions leads to very different plant communities.

On soils with a high water content, wet and moist meadows develop. The plants growing here have a high water requirement, like the Marsh Marigold or the Meadowsweet. Cultivated meadows have the purpose of providing fodder. On plains and hills, these are Tall Oat-Grass meadows, while at higher elevations of the mountain ranges Golden Oat Grass meadows dominate. Nutrient-poor meadows and rough pastures have survived in areas where no fertilizers are used. 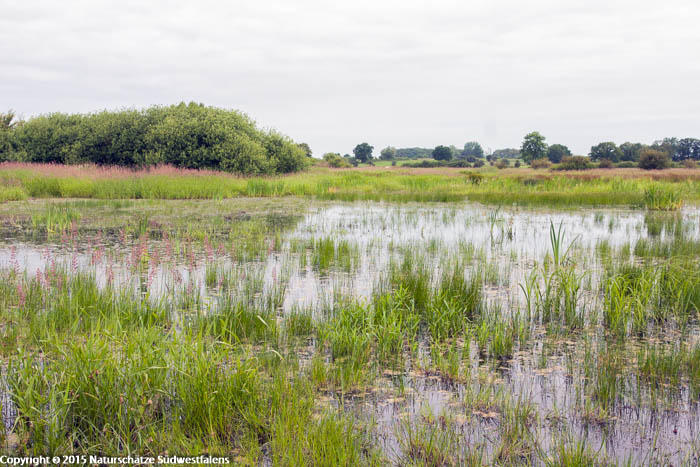 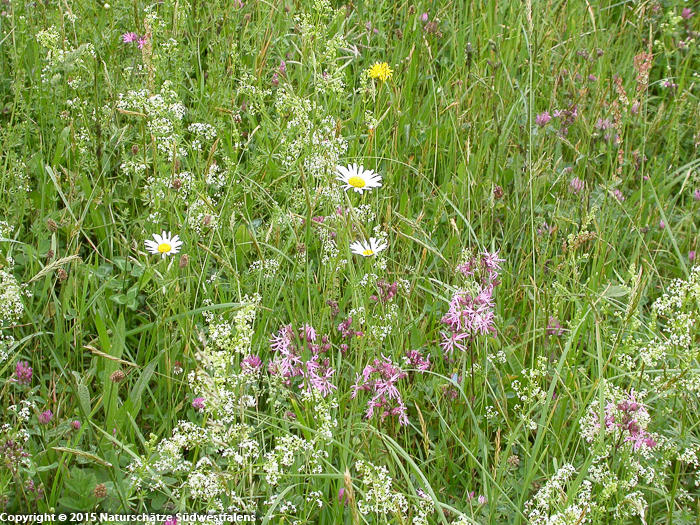 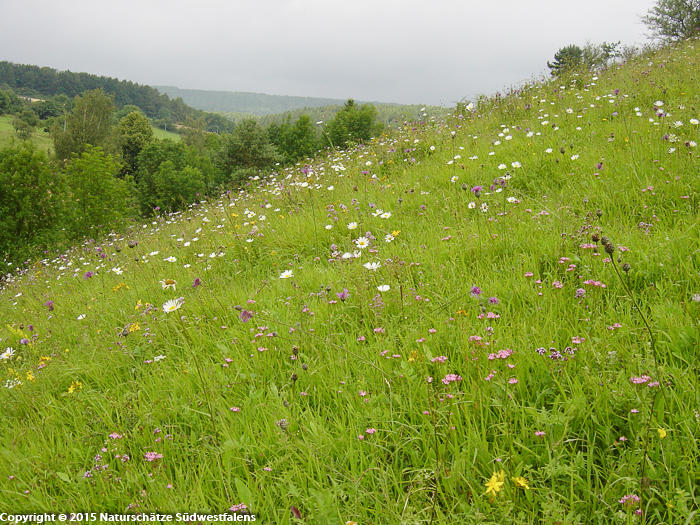 Audioguide Contract conservation in the grasslands